Konyaku is an original, healthy and great alternative to rice in this traditional Japanese sushi. This is a real treat which can also be very entertaining as all the family can participate. Children in particular find hand-rolling Temakis very enjoyable. This recipe explains not only how to roll Makis but also Temakis (hand-roll). Have fun and Enjoy! 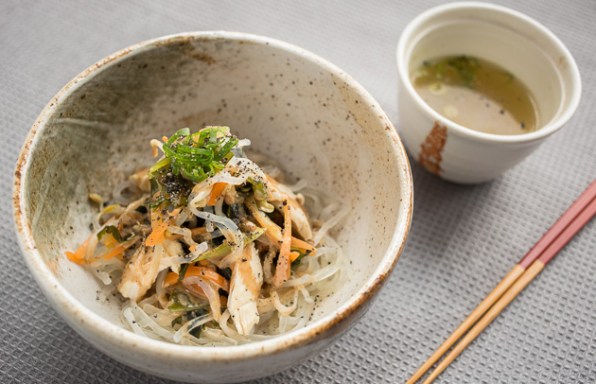 This recipe takes its inspiration from “Wafu Pasta” (Japanese style pasta dish). By using Konyaku rather than pasta makes this recipe not only healthier but also gives it a similar feeling to a ramen dish because of the firm texture and curly shape of the noodles.

Gomadare is a traditional Japanese sauce used for "Hiyashi Chuka Gomadare" (Cold Ramen with Sesame sauce). Gomadare is often used on the side of other Japanese dishes such as Shabu-Shabu, Udon or Soba noodles as a dipping sauce. It is a very delicious and versatile dressing which suits perfectly Konyaku. 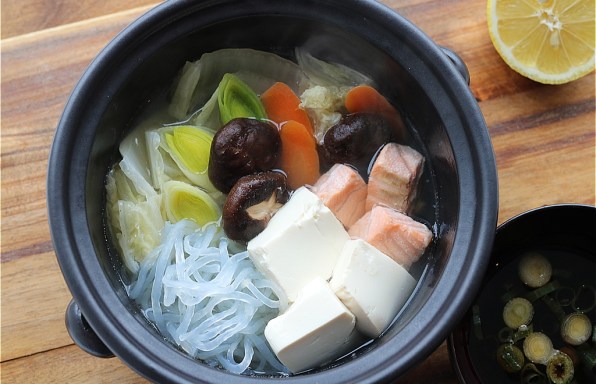 It is cold outside and during this season, we very often have Hot Pot. Here I would like to introduce the most simple Hot Pot, Mizu-Taki (水炊き) which means simmer in water. Does it sound easy to cook? Yes! Does it sound not so delicious? Yes! It is delicious! Believe me! You can find great tastes from the vegetables themselves and the secret is in the dipping sauce. That combination is like magic!