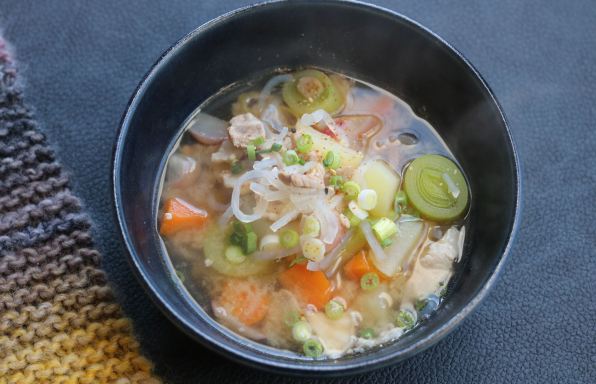 As it’s getting colder recently, I would like to introduce a warm soup recipe, Tonjiru (豚汁, This Chinese character simply means pork soup). This is one of the miso soup variations with sliced pork and lots of vegetables. All those ingredients, especially pork enhance its flavours and match really well with Konyaku. I think that the basic miso soup is a bit too lightly seasoned if you want to put Konyaku in it. 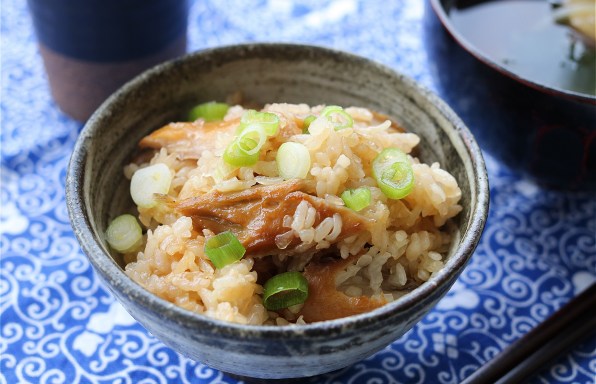 This is one of the variations of 'TakikomiGohan(炊き込みご飯)' which means 'Rice cooked with the other ingredients'. We use many types of ingredients like shiitake mushrooms, carrots, burdock root, bamboo shoot, deep fried tofu, chicken etc but this time, I used smoked mackerel which one can get easily everywhere in the UK.