As it’s getting colder recently, I would like to introduce a warm soup recipe, Tonjiru (豚汁, This Chinese character simply means pork soup). This is one of the miso soup variations with sliced pork and lots of vegetables. All those ingredients, especially pork enhances its flavours and matches really well with Konyaku. I think that the basic miso soup is a bit too lightly seasoned if you want to put Konyaku in it.

A small amount of any root vegetables chopped

A little bit of shichimi (or ichimi) togarashi 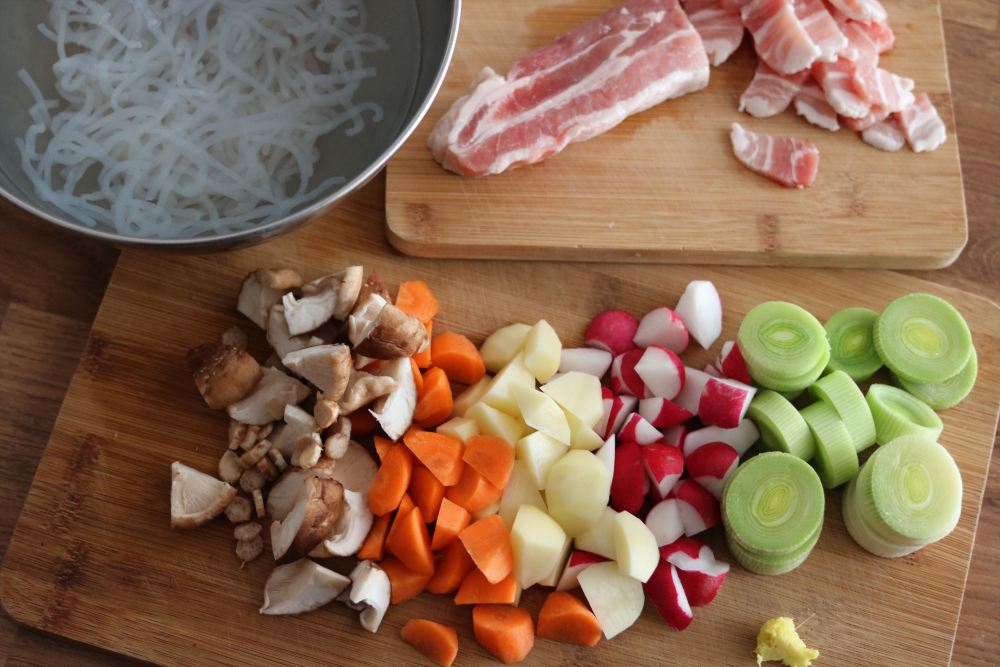 2Put toasted sesame oil in a pan and turn on the middle heat. Add pork and fry until it turns to a brown colour

3Add ginger and all the vegetables except spring onion. fry a bit in order to mix with oil. It doesn’t need to be cooked properly for now

4Add water (enough to cover all the ingredients) and simmer until it is boiled. Turn the heat to low and add a half of the miso you have prepared. (Normally, you shouldn’t boil after miso is put in a pan but for Tonjiru, it is good to simmer for a while in order to soak the miso flavour into the vegetables) Simmer for a few minutes 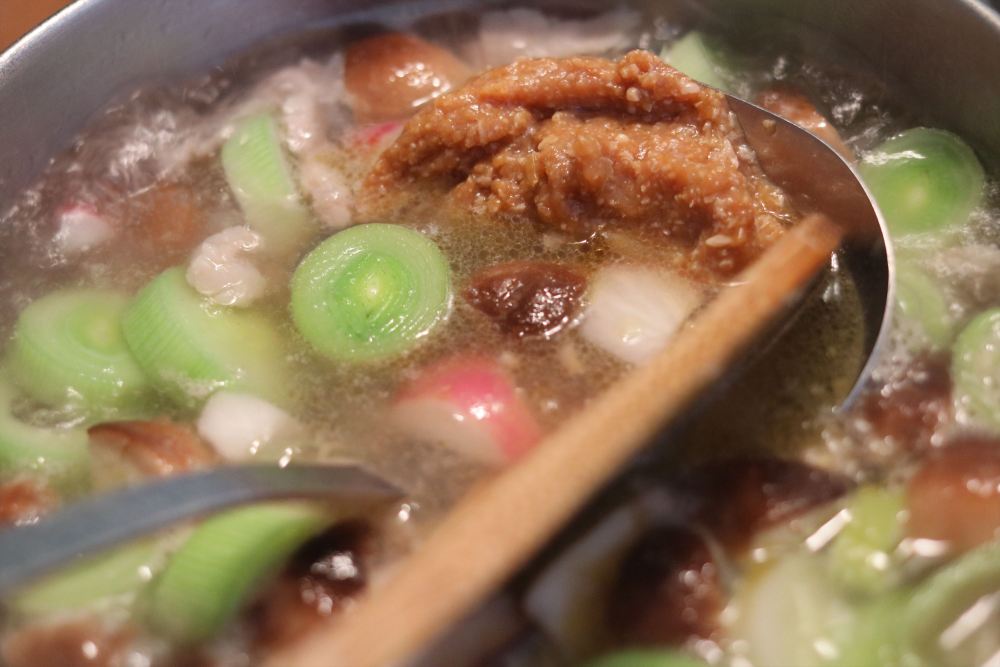 5Turn the heat to very low and add half of the miso. Adjust the taste. Turn off the heat and pour them into a soup plate, finish with spring onion and togarashi on top. Enjoy!